OXFORD — Wayne Caldwell paused to choke back tears before talking more about the eight men and women standing behind him in Oxford City Hall on Tuesday evening.

Odds are, he wouldn’t be alive without them.

The Oxford residents, who included three city firefighters, all helped save Caldwell’s life after he went into cardiac arrest on March 22. The group was honored with awards for their help during the regular Oxford City Council meeting on Tuesday.

“I’m glad to be here, literally,” Caldwell said, getting a round of laughs from the more than 30 people in attendance. “To be an Oxford guy is to know you’re with a community that cares about you.”

Stop Heart Attack, a Birmingham-based companies that provides defibrillator equipment to the Oxford Fire Department to treat cardiac arrest victims, and the American Heart Association, had representatives at the meeting who presented awards to the group for helping save Caldwell’s life.

“This is what it takes to help resuscitate a patient,” Brady McLaughlin, CEO of Stop Heart Attack, said of the group. “Because he had high-quality CPR, that helped save his life.”

Caldwell, 51, who is the student services coordinator for the Oxford school system, was watching a high school softball game at Choccolocco Park in Oxford on March 22when he went into cardiac arrest. Three firefighters in service at the game rushed to Caldwell and started performing CPR. Also, residents who were just in the park but had CPR training also participated in helping resuscitate Caldwell.

“Our guys were there just doing their jobs, but y’all didn’t have to, but you did and we appreciate it,” Fire Chief Gary Sparks said to the helpers at the meeting.

Haley Boyd, athletic trainer at Choccolocco Park, immediately got a defibrillator on site for the firefighters when she heard of the emergency.

“I was also one of the first on the scene and called 911,” Boyd said. “I was just glad everyone was there because I’m usually there by myself.”

An ambulance arrived about 10 minutes after the incident began and Caldwell was sent first to Regional Medical Center, then to UAB Hospital. He received treatment and was released May 17.

“Oxford is a place my family calls home,” Caldwell said. “I love and appreciate all of you.”

Oxford residents helped save man’s life2018-08-142019-03-05https://triosafety.com/wp-content/uploads/2022/07/legacy-logo-triosafety-cpraed-2.pngTrio Safety CPR+AED Solutionshttps://triosafety.com/wp-content/uploads/2019/03/caldwell.jpg200px200px
About
Brady McLaughlin
Brady is a passionate, servant-minded leader in the emergency response and management specialties. He is the CEO of GoRescue Brands, Inc., a family of 5 life-saving brands each focused on preparing people to save lives every day. His background includes service in municipal, county, and state police where he served as a Chief of Police, state police agent, professional firefighter/ EMT, adjunct university instructor, and DHS incident command instructor. He is married to his high school sweetheart, Malynda, and they have three young children. He is active in his local church. Because of the overwhelming need for quality and adaptive safety training, Brady founded Trio Safety in 2012 to help educate others in the areas of CPR, emergency response, and safety. Brady brings his extensive experience and education in the field of emergency response to the classroom for students to fully engage and understand real life emergency scenerios in the event that someone must perform life-saving CPR or first aid skills. Over 100,000 students have received training through Trio across the country. GoRescue's brands include: Stop Heart Attack, Trio Safety CPR+AED, Bleeding Control Kits, AED365, and the Lifesaving Summit. GoRescue is an Inc. 5000 Award Company for 2020.
Contact Us
BIRMINGHAM
HUNTSVILLE
MONTGOMERY
Teach People How to Save Lives

Find out more and become a CPR Instructor with us. Already a CPR instructor? Affiliate with our training center for affordable pricing and excellent support.

Interested in helping us fulfill our motto of “Lifesaving Made Easy”? Check out what it takes to join our team and search open positions.

100% Certification Acceptance
We promise your employer, school, or agency will accept the certification card we issue to you. If there is a question of acceptance or validity, simply send us an email at [email protected] with full details. We will reach out to the individual/entity and provide accreditation information. If still there’s a question, we will provide you with a full refund of your class fee. It’s that simple.

100% Same-Day Certification Cards
If you prepaid for class, you’ll always receive your official certification card the same-day of your open enrollment class, or your card is free. Now that’s easy. 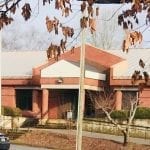